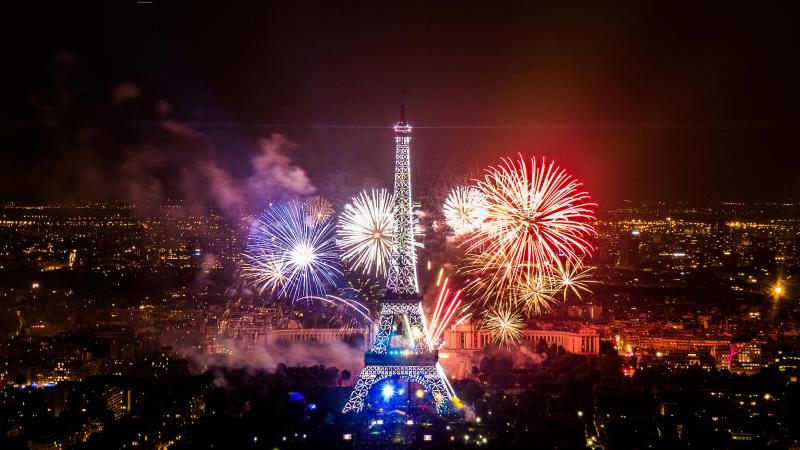 English-speaking countries refer to the French National Holiday as Bastille Day. Annually celebrated just 10 days after our country’s independence holiday, it is formally known as La Fête Nationale among the French. On this day the country recognizes the storming of the Bastille and the beginning of the French Revolution.

In 1370, the Bastille was created in an effort to protect Paris from invaders. It later became a prison for the rich and the moat which surrounded the structure made it all the more intimidating. On July 14, 1978, French revolutionaries stormed the Bastille. The current King, Louis XVI, and his Queen, Marie Antoinette, were among the thousands who were executed following the revolution. The new government took over and the Bastille was destroyed. The French still celebrate this huge event in their efforts for independence from the Monarchy.

Why we should celebrate

So, what does this mean for us in the United States? First off, we have been allies with France for a long time. We’ve even fought on the same side through two world wars. Each of our revolutions were spurred by the Enlightenment Period. Many of the great minds of France were inspired by American great minds and vice versa. Our countries have inspired each other and stood by one another over time. What better reason than to celebrate France’s independence along with them?

Nosh on some French cuisine. Whether you decide to dine out at a local French restaurant or try whipping up some delicious French cuisine in the comfort of your home, trying some of the traditional cuisine is a great way to experience a little bit of France.

For the fitness advocates, check to see if there are any runs inspired by the French holiday. Oftentimes, cities will host a run in the theme of storming the Bastille with festivities taking place before and after. For example, the city of Milwaukee is home to the 5k run not so subtly titled ‘Storm the Bastille’. This run begins at 9pm and it also kicks off the Bastille Days festival downtown.

Bring the party to your place

Throw your own party at home! Host a French soiree for your closest friends and family and celebrate French independence together! Take the party outdoors and have a cocktail party with French inspired hors d’ouerves and French wine on your patio or deck. Use your dinnerware and drinks as a way to bring the colors of France to your guests’ attention. As your guests arrive, offer them a champagne cocktail with a raspberry and blueberry in the bottom of the glass as a fun way to get them in the mood to celebrate Bastille Day! Seeing as you’re raising a glass to the city of light, add some ambiance to your get together with some festive string lighting. Try mixing string lighting with streamers or valances for a fun, festive look.

Another easy way to add decor is to hang some French Flags for all to see. While you’re at it, why not create a playlist of some French tunes to play as background music. For a fun, modern look, try hanging some large sphere lights to color coordinate with your party’s theme. Do you have a chandelier to work with? Wrap some strings of light around it to add a glowing, rustic look. The easiest lighting solution is to simply use a combination Red, White, & Blue 5mm LED Light Strand.

What do our country’s July 4th and France’s July 14th celebrations have in common, other than that they mark the date of each country’s independence? Our flags feature the same colors! That means that you can stock up on plenty of decorations that you’ll be able to use for both celebrations throughout the month of July!