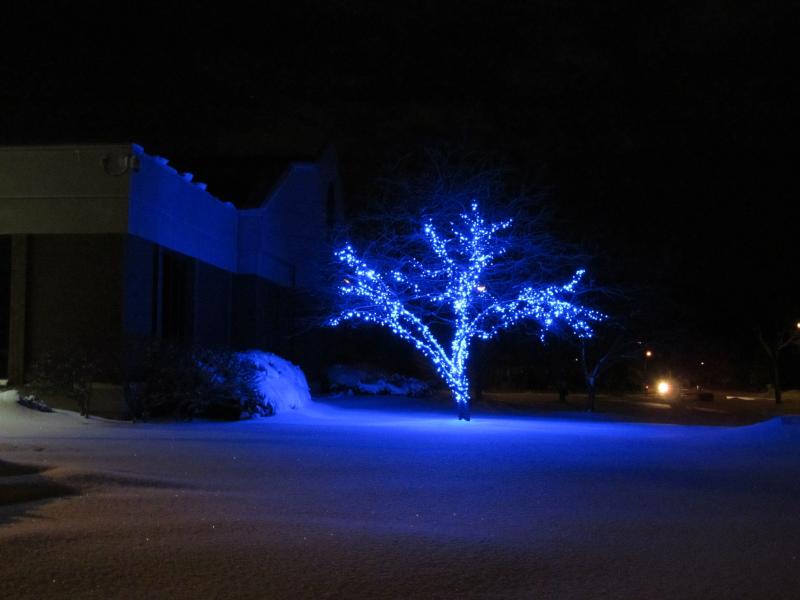 “Heroes are made by the paths they choose, not the powers they are graced with.”
—Brodi Ashton, Everneath

Across many towns in the United States, blue lights are lit as a memorial to honor police officers who have died in the line of duty.

Every 54 hours, an average of one more police officer dies in the line of duty, reports the National Law Enforcement Officers’ Memorial Fund. In the U.S. each day, approximately 800,000 officers risk their lives and safety to provide safety and protection to others. The National Law Enforcement Officers’ Memorial contains the names of more than 21,000 officers who have been killed in the line of duty since 1791. The curving, 304 foot-long blue-grey marble memorial in Washington DC is ever changing—adding new names of fallen police officers each spring.

But, it’s about more than just numbers. It’s about real men and women who have been heroic. It’s about how we can honor and remember them.

On February 26, 2013, two officers from the Santa Cruz (CA) Police Department arrived at a residence to arrest a suspect for sexual assault. The National Law Enforcement Officers’ Memorial Fund records that Sergeant Loran “Butch” Baker (51) and Detective Elizabeth Butler (38) spoke to the suspect who agreed to come outside—but he came out of a different door than the detectives expected. Brandishing a .45-caliber handgun, the suspect opened fire on Sergeant Baker, and Detective Butler and kept firing until he had killed them both. Then, he stole their unmarked car and fled.

When speaking about her husband’s dedication to police work and making the Santa Cruz community a safer place, Kelly Baker offered a comforting thought: “[My husband] was doing exactly what he wanted to do.”

Officer Jennifer Sebena was gunned down by her decorated Iraq War veteran husband on Christmas Eve 2012 while she was on patrol in Wauwatosa, WI. Jennifer was known for her infectious smile, her upbeat attitude and her desire to “ease the suffering of others.” Benjamin Sebena had returned from two tours of active duty and was suffering from severe Post Traumatic Stress Disorder and depression.

Casey Kolmeier, a six year veteran of the Pontiac (Illinois) Police Department and a veteran of the U.S. Air Force was killed on Halloween 2013 when his squad car, stopped in the median turnaround of I-55, was struck by another car. ABC Channel 7 News reported that Kolmeier’s K-9 dog, Draco, was also in the car and killed in the crash. Casey and Draco had rescued Tracey Pitchford’s 2 year old daughter, lost in a corn maze, a few years prior to that. Pitchford said of Kolmeier, “Casey was a great person… He was just very kind and so many people loved and adored him.” The driver of the other vehicle later pled guilty to DUI.

The Washington DC Memorial is impressive, but community memorials of blue lights make an important statement too. Known in some communities as the “Go Blue Campaign” (like Wauwatosa, WI and San Bernadino, CA) and in others as “Project Blue Light,” it involves lighting blue lights to honor fallen police officers and to show support for all law enforcement. According to Police Magazine, Project Blue Light began when Concerns of Police Survivors (C.O.P.S.) received a letter in 1988 from Dolly Craig who wrote that she would put two blue candles in her living room window during the holiday season. The candles were in memory of her daughter, Pam (killed in an auto accident), and of her son-in-law, Daniel Gleason, a police officer killed in the line of duty.

After receiving the letter, C.O.P.S. began encouraging law enforcement families, friends and agencies to place a blue light in a window, or to decorate their home, or community with strings of blue lights to show support for police officers—both those who have fallen and those who risk their lives every day. Each year, using blue lights in recognition of police officers has grown nationwide.

What will you do to honor and remember fallen police officers?

How will you thank the officers that are your heroes every day? Holiday LEDS offers high quality, durable, safe blue lights that are a perfect way to participate in a Project Blue Light campaign, or quietly show support on your own. Blue rope lights, sapphire LED minis, round faceted blue G12s, 5mm conical premium grade blue lights, blue net lights (for bushes and shrubs, or wrapping tree trunks), blue snowflake lights, and more give you the chance to show your support for police heroes in your community. Go blue this season!